1 / 20
"Pirate Cindy" poked fun of the art world and the most hated and feared art critic of the time, Charlie Finch, an art-world "Pirate". Finch co wrote "Most Art Sucks" and the "Coagula" journals.
In this installation, Tower's pickup truck was transformed into a pirate ship, actors were hired with real parrots on their shoulders to cuss at the audience. Viewers gazed at seascapes and pirate/art critic portraits through a veneer of alcohol bottles. Rum and coke was served.
Installation, "Pirate Cindy" 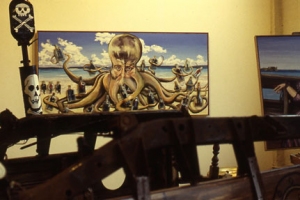 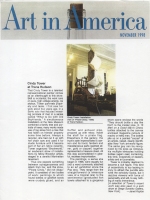 Artist turned pickup truck into a pirate ship using gallery columns as masts and canvas as sails. All truck parts were incorporated. Truck's front end was gilded and transformed into a "Treasure Chest" in the second room. 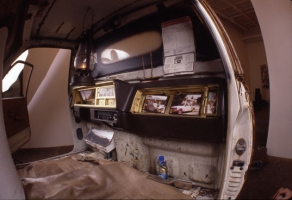 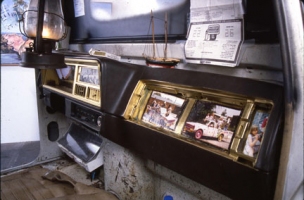 Cabin interior with photos of truck in its youth 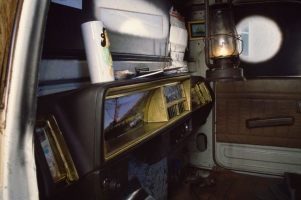 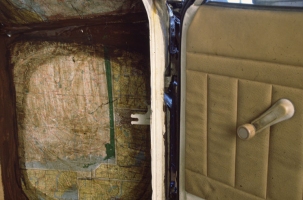 Side door with map 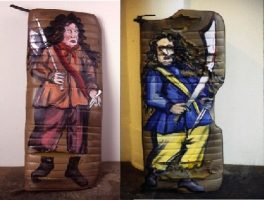 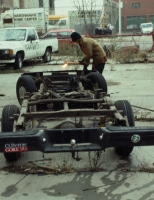 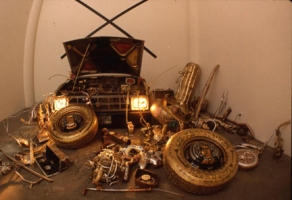 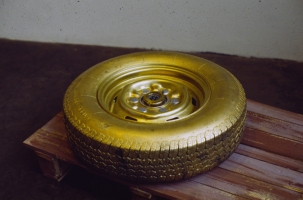 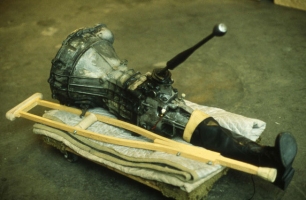 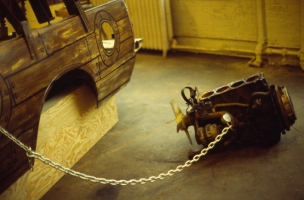 Ship Anchor made from truck engine 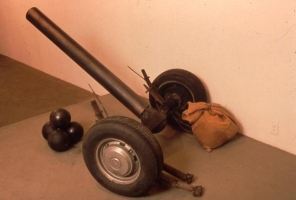 Octopus
1998
Oil paint and photos of dealers, artists and collectors in bottles on canvas 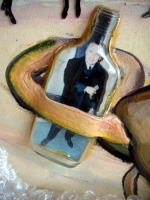 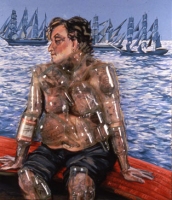 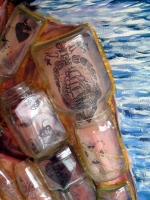 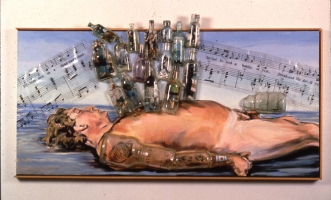 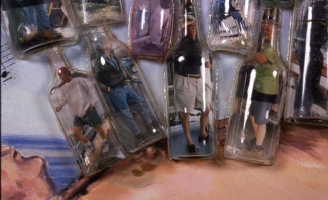 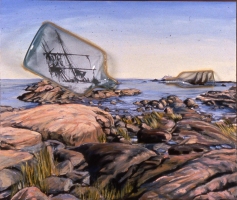 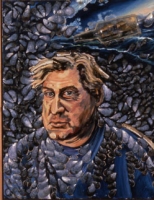 Portrait of the most hated and feared New York art critic at the time, coauthor of the Coagula journals and book titled, "Most Art Sucks" 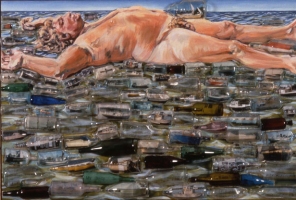 Bring Back, Bring Back
1997
Oil, bottles, photos, song on canvas

From the "Pirate Cindy" series 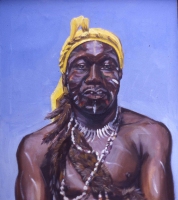 From the Pirate series 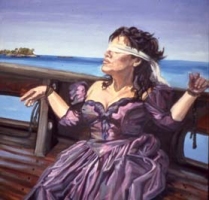 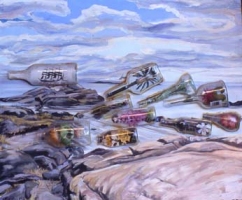 I dream of Jeanie

Portrait of Charlie Finch with Jeanie Deans of the Sidney Janis Gallery, NYC 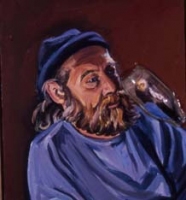